The Battle of Britain Tour for Groups

The Battle of Britain, so named by Winston Churchill, is one of the decisive battles of history. Had the battle been lost, the whole course of world history would have been changed. In the summer and autumn of 1940, a battle for national survival was waged in the skies over Britain. This tour was designed to commemorate the Battle of Britain.

Arrive at Heathrow airport where your guide will meet you and take you on a half day panoramic tour of London including points of interest and relevance to WWII en-route. Afternoon is free to rest and relax before your welcome dinner at the hotel.

You will spend this morning exploring the Cabinet War Rooms, the wartime bunker that sheltered Churchill and his government during the Blitz, where you will learn about the secret history that lives underground. In the afternoon, you will visit the Imperial War Museum London and explore key moments of the Second World War through the connections between people’s lives and the objects on display.

After breakfast, leave London for a visit to Chartwell, the much-loved Churchill family home. The rooms remain much as they were when he lived here, with pictures, books and personal mementoes evoking the career and wide-ranging interests of a great statesman, writer, painter and family man. After independent lunch at their cafe, you will go to Biggin Hill Airfield, a famous Battle of Britain fighter base where you will be able to sit in a Spitfire, tour the collection and view restoration work being carried out.

After breakfast, leave London for a side trip to Cambridge pausing on the way to reflect on other countrymen who fought for our freedom and who are buried in the American Cemetery and Memorial at Madingley. Lunch will be at the Eagle pub. Arrive at Duxford Museum where you will tour the main collections with a particular focus on the American Aviation Museum.

RAF Museum and The Bentley Priory

This morning you will visit the Royal Air Force Museum London which houses a world-class collection of aircraft, aviation artefacts and memorabilia. You will have a chance to explore various hangars including the Battle of Britain Hall. Your next stop will be the Bentley Priory, Headquarters Fighter Command during the Battle of Britain. You will learn about ‘The One’– Air Chief Marshal Hugh Dowding, ‘the Few’ who took to air to defend our skies and ‘the Many’ without whose tireless work on the ground, victory would not have been possible.

Today is your free day to explore the delights of London. You could visit one of our many museums free of charge or take a stroll through one of the beautiful parks in the centre of London. Take a look at the historic side of the Capital, Horseguards Parade, Buckingham Palace, the Houses of Parliament, Big Ben, Westminster Abbey to name but a few.

Private transfer to the airport for your return flight home.

This tour is for groups (minimum 15 persons), unfortunately it is not possible to join onto this tour as an individual.

Pictures are for illustrative purposes only. Our website policy is to use only copyright free images or images which have been authorised to us for free use by the owner. If you consider an image to be unauthorised or to be your property, please contact us immediately and if invalid we will have the image removed. If your image requires crediting or is missing a copyright statement then we will be pleased to add this to the webpage, contact us at info@greatdays.co.uk 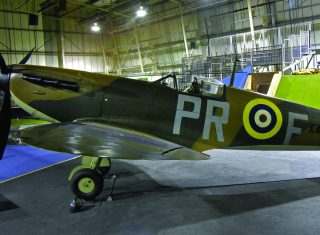