5 day tour (other durations available)
From £459 per person

Make 2022 the year that you visit London! With so much to see and do, there is no better time to experience the sights and sounds of the Capital City.

Greatdays have been arranging tours for both groups and individuals to London for over 30 years, so we know the best places to go, and the best sights to see, to really allow you to make the most of your visit.

Our staff are London experts and can suggest how to make the best of your visit, whatever your interest, so whether you are a first time visitor or an expert, a group or an individual, let Greatdays make all your arrangements for a successful trip.

Welcome to London. Transfer from London Heathrow or London Gatwick.

Once clear of Immigration and Customs, there’s a transfer from London Heathrow or Gatwick to your chosen hotel in central London.

This evening you are free to take dinner at your leisure and then maybe visit one of the local pubs in the area for a nightcap.

The River Cruise departs from Waterloo Pier (The London Eye) and Westminster Pier (Big Ben & Westminster Abbey). View the sights of London before arriving at Tower Pier where you can visit The Tower of London and Tower Bridge.

One day not long enough? You can upgrade your London sightseeing ticket to a two day ticket for just £10.00 per person supplement (but please note, the two days must be taken together for this offer to apply).

Highlights of the day:

Built high above the River Thames, Windsor Castle has been home to the Royal Family for 900 years and is still an Official Residence of the Queen. We visit the magnificent State Apartments*, still used for State occasions and Royal receptions. Take some time to explore the castle grounds and the 14th century St. George’s Chapel, one of the most beautiful examples of Medieval church architecture in England and a burial place of kings and queens, including Henry VIII and his third wife Jane Seymour.

Clouded in mystery, the ancient stone circle of Stonehenge is an amazing feat of engineering and the most important prehistoric site in England, but beyond its archaeological significance and possible astronomical role, Stonehenge is also a place of spiritual importance. Early legends link it with Merlin and King Arthur, but over the last hundred years the midsummer sunrise has attracted pagan groups and followers of the Ancient Order of Druids.

Stonehenge is closed to visitors on 20 & 21 June for the Summer Solstice. The tours will visit Avebury on these dates.

Known as ‘The City of Dreaming Spires’, Oxford has been a seat of learning since 1249. Enjoy a fascinating walking tour of the city, passing Trinity College, the Sheldonian Theatre, the newly renovated Ashmolean Museum and the Martyr’s Memorial. See Divinity School, made famous in the Harry Potter films, and learn why this magical city inspired so many writers, including Lewis Carroll, JRR Tolkien and CS Lewis.

Coach pick up and drop off points vary, and this will be advised at the time of booking.

At leisure, with FREE entrance to over 20 top London attractions.

We are delighted to offer and recommend the following hotel for these special packages.

A unique and lively hotel with unparalleled facilities and direct London underground link with Heathrow Airport. The Royal National offers a variety of drinking and dining options including a pizzeria, carvery, pub, bar and a coffee shop.

A contemporary hotel in a classic Bloomsbury setting, many rooms offer views over London’s famous Russell Square. Close to the underground station with a direct link with Heathrow Airport.

Offering breath-taking views across Russell Square, the hotel is within easy walking distance to the British Museum. Well located with Russell Square underground station a 2 minute walk away.

Summer prices are valid from April to October 2021

Please note that all our prices shown are per person and are nett and non commissionable, and are based on a minimum of two persons travelling together.

Prices include English breakfast at all hotels

There will be supplements applicable for occupancy of a single room – supplements on request.

This offer is subject to availability and is valid from until 31st December 2022(blackout dates may apply) Price is per person based on 2 people sharing a twin/double room. Available for FIT & Groups (minimum 2 persons travelling). Supplement for single occupancy rooms on request. Bookings must be received at least 7 days prior to arrival. Supplements for transfers from / to Gatwick Airport GBP £60per person (minimum 2 persons). 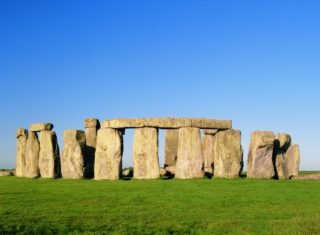